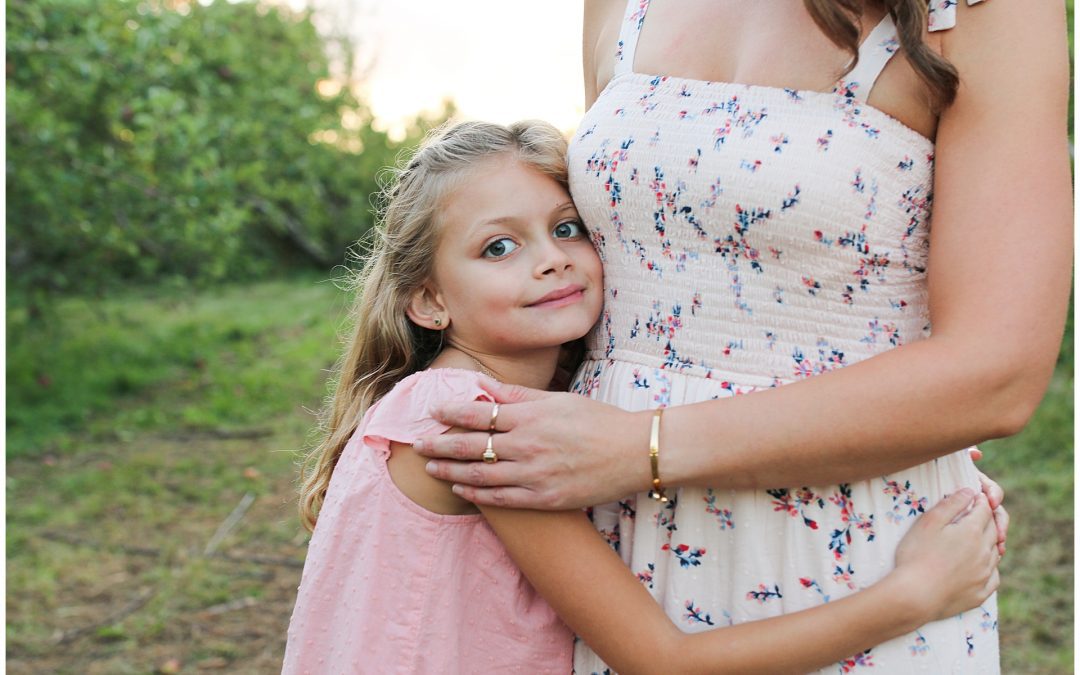 When Miranda reached out to schedule a portrait session with her two daughters Poppy & Rosie, oh my I knew they were going to once again be the cutest trio! The last time I saw them they both had little stuffed bunnies they carried everywhere, and Ro was still drinking a bottle! Where does the time go? Miranda is an incredible Mom, one of the sweetest people you’ll ever meet… and she’s fun loving, she’s soooo attentive to them, and you just know she is going to give them the world. Those precious girls will know they are LOVED by her fiercely. We met up in Hampton Falls, and stopped over at Applecrest Orchards at golden hour to catch some smiles and cuddles. We were surprised by the beautiful sunflower fields that are so big this year, so naturally we had to take some pictures there too. Such a fun evening, and fall is certainly in the air… 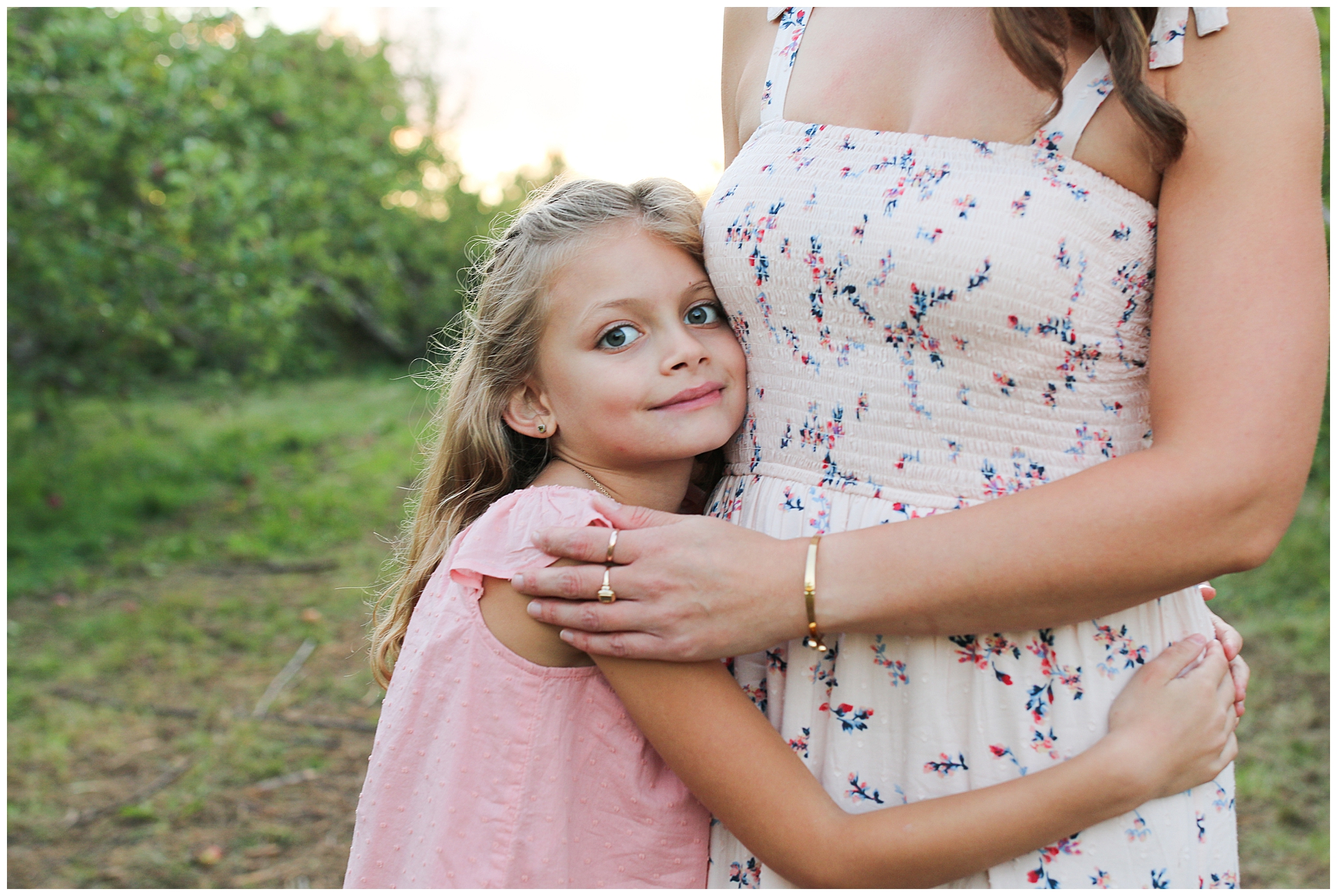 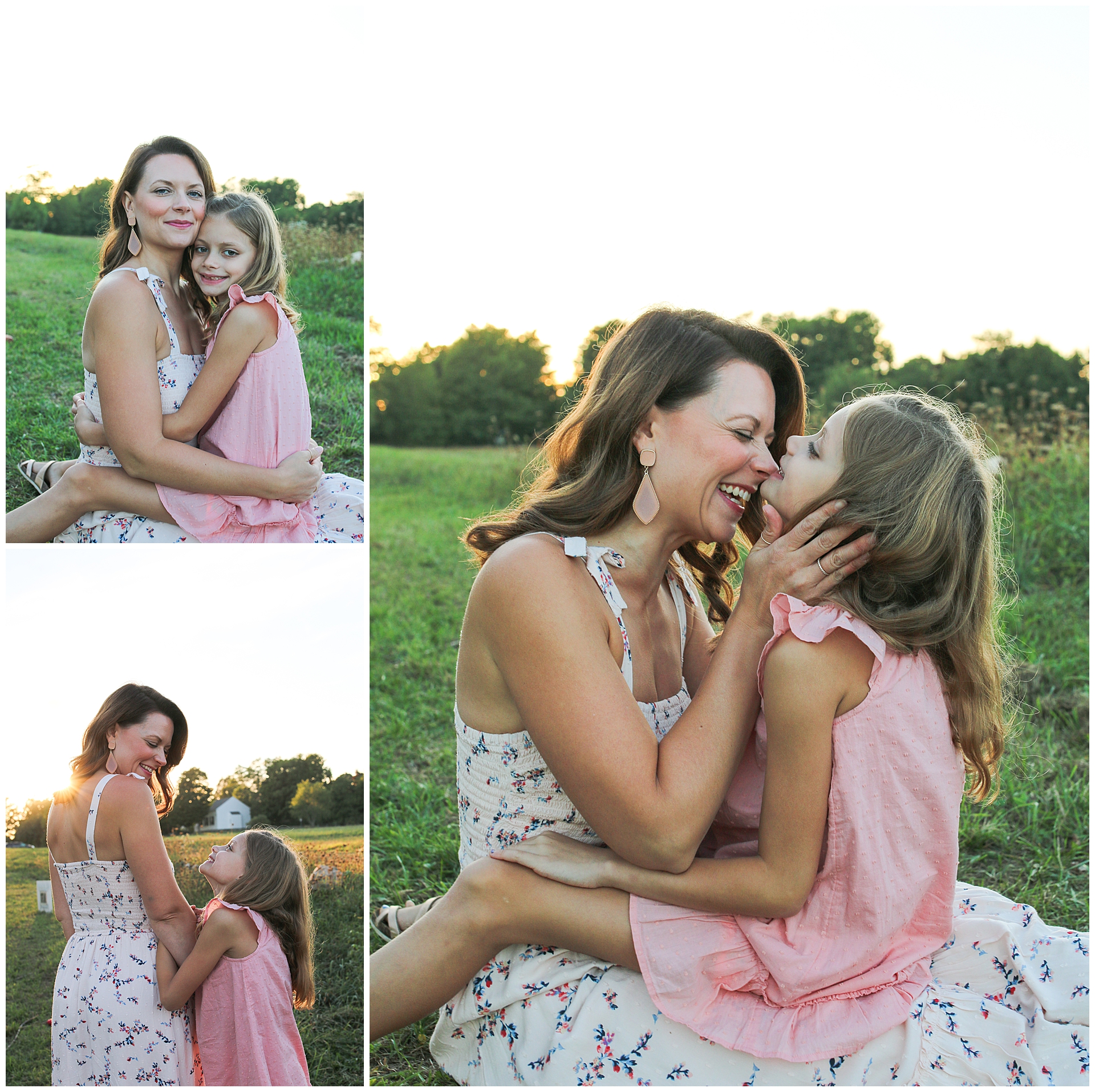 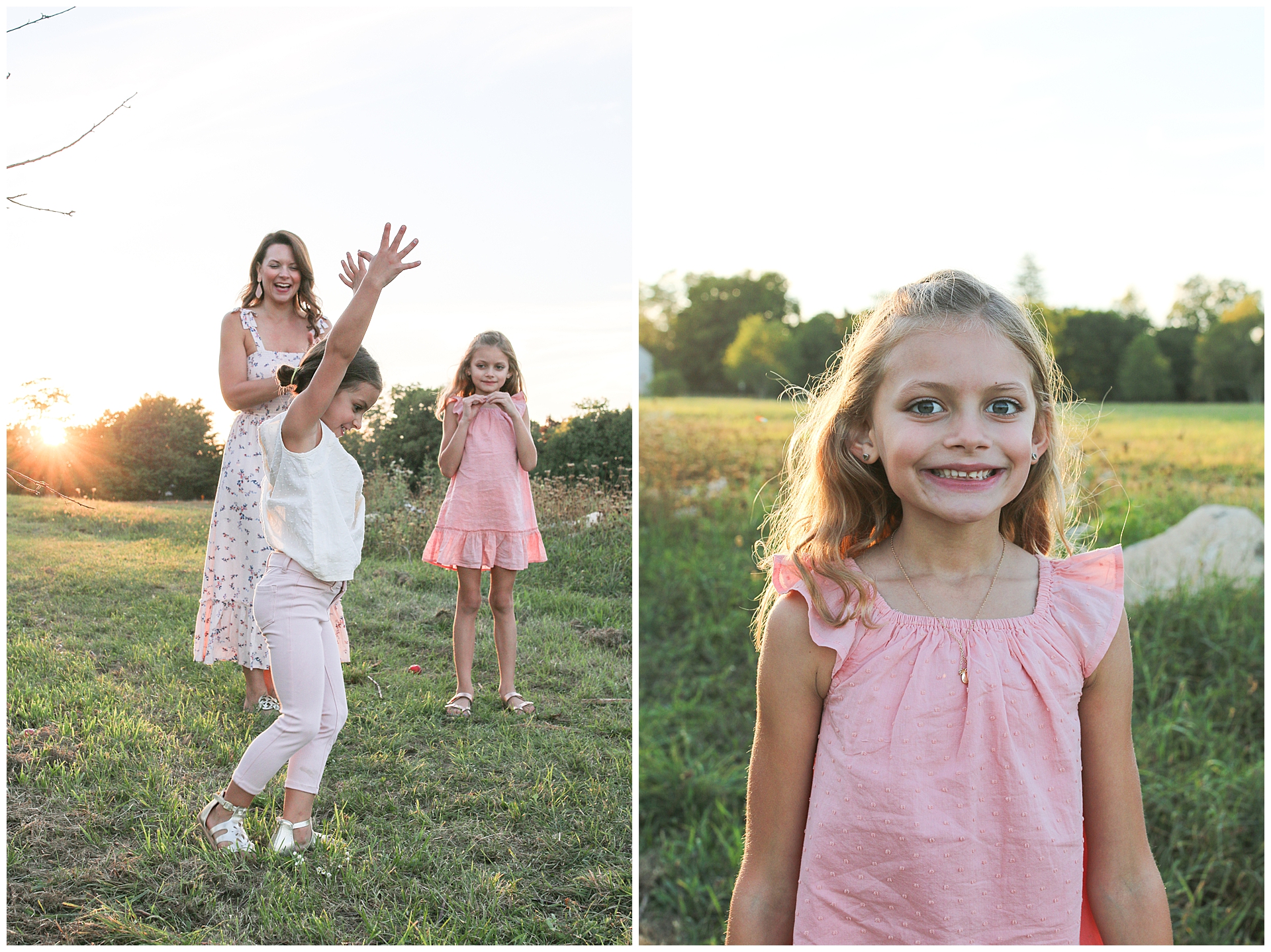 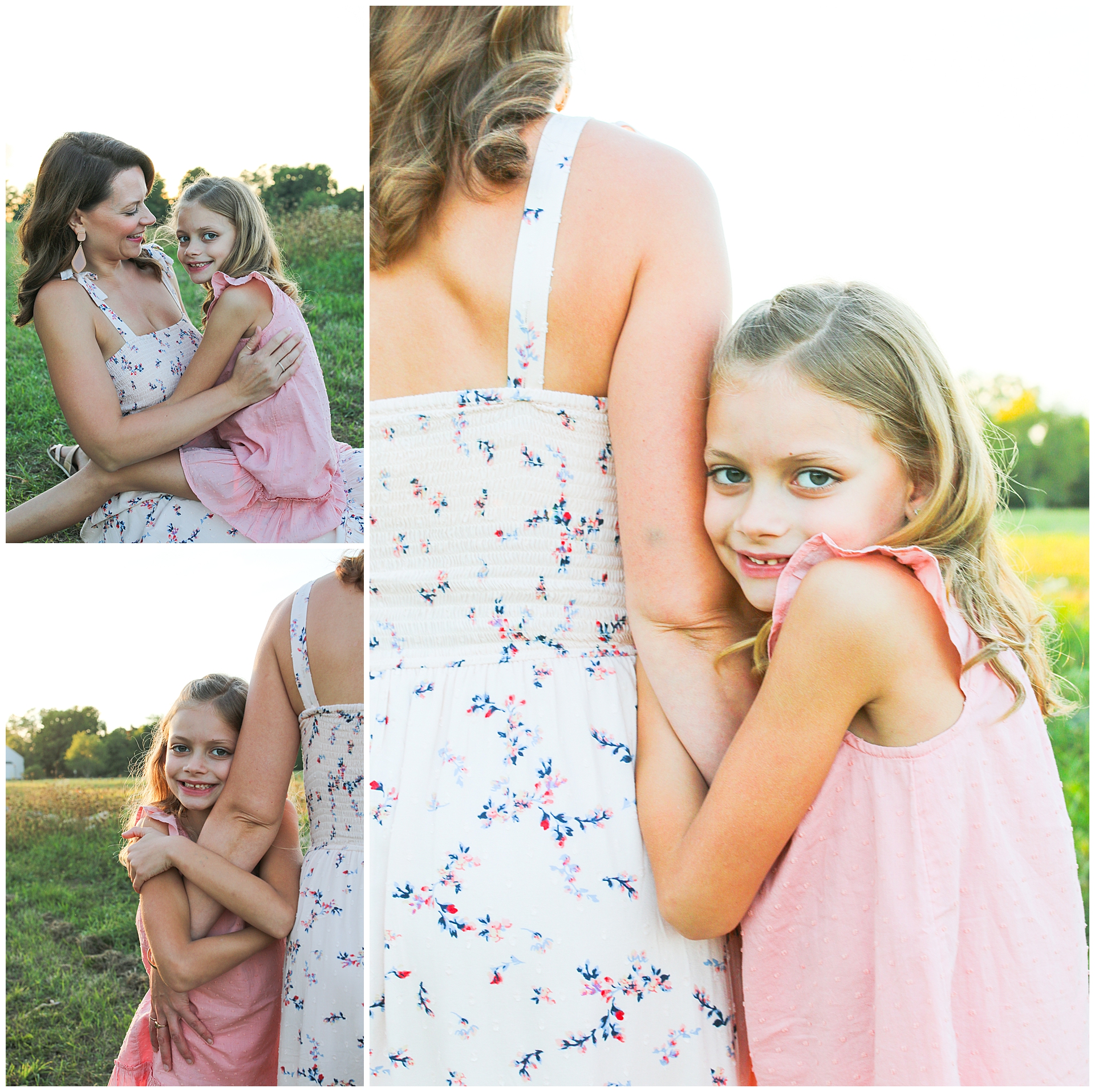 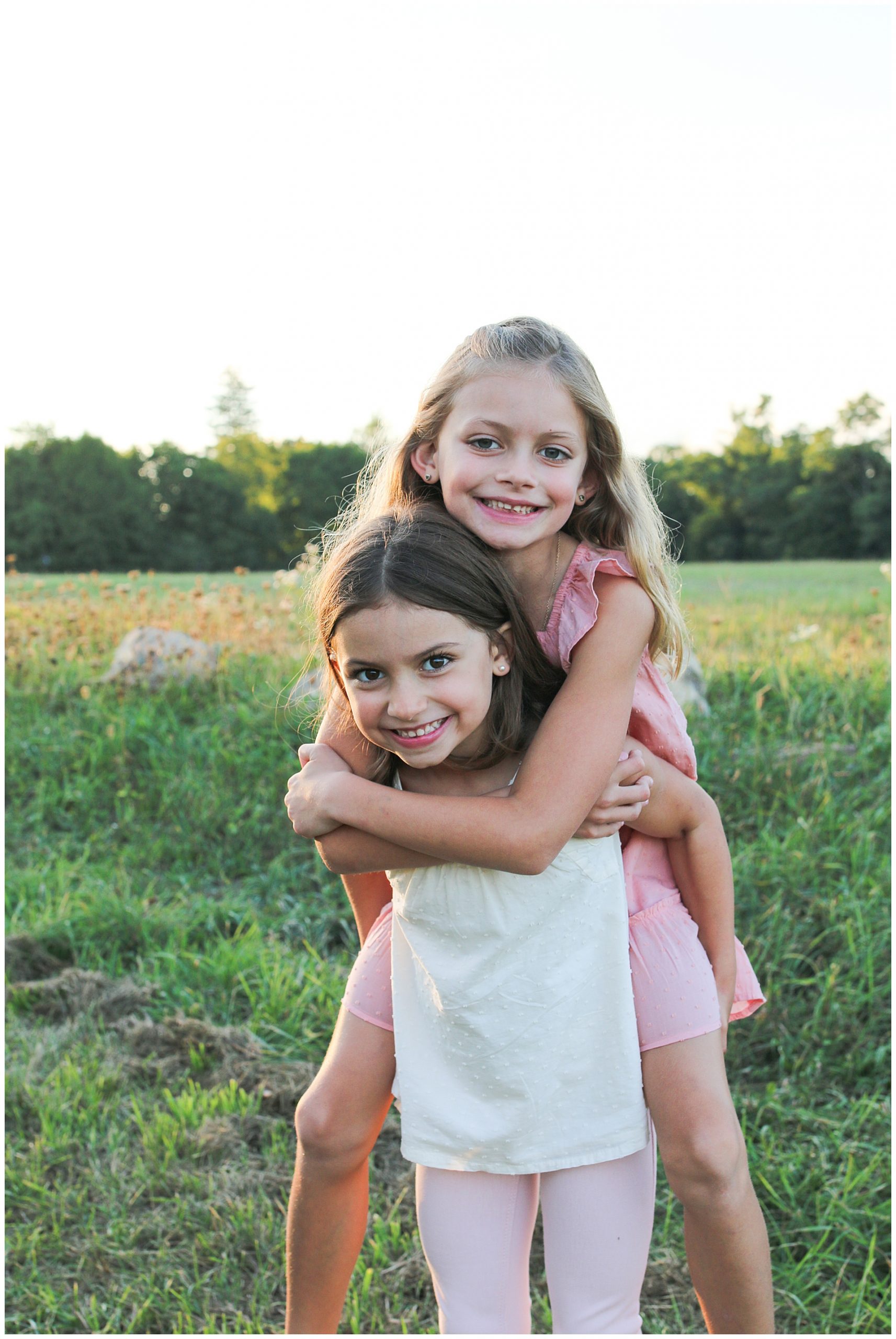 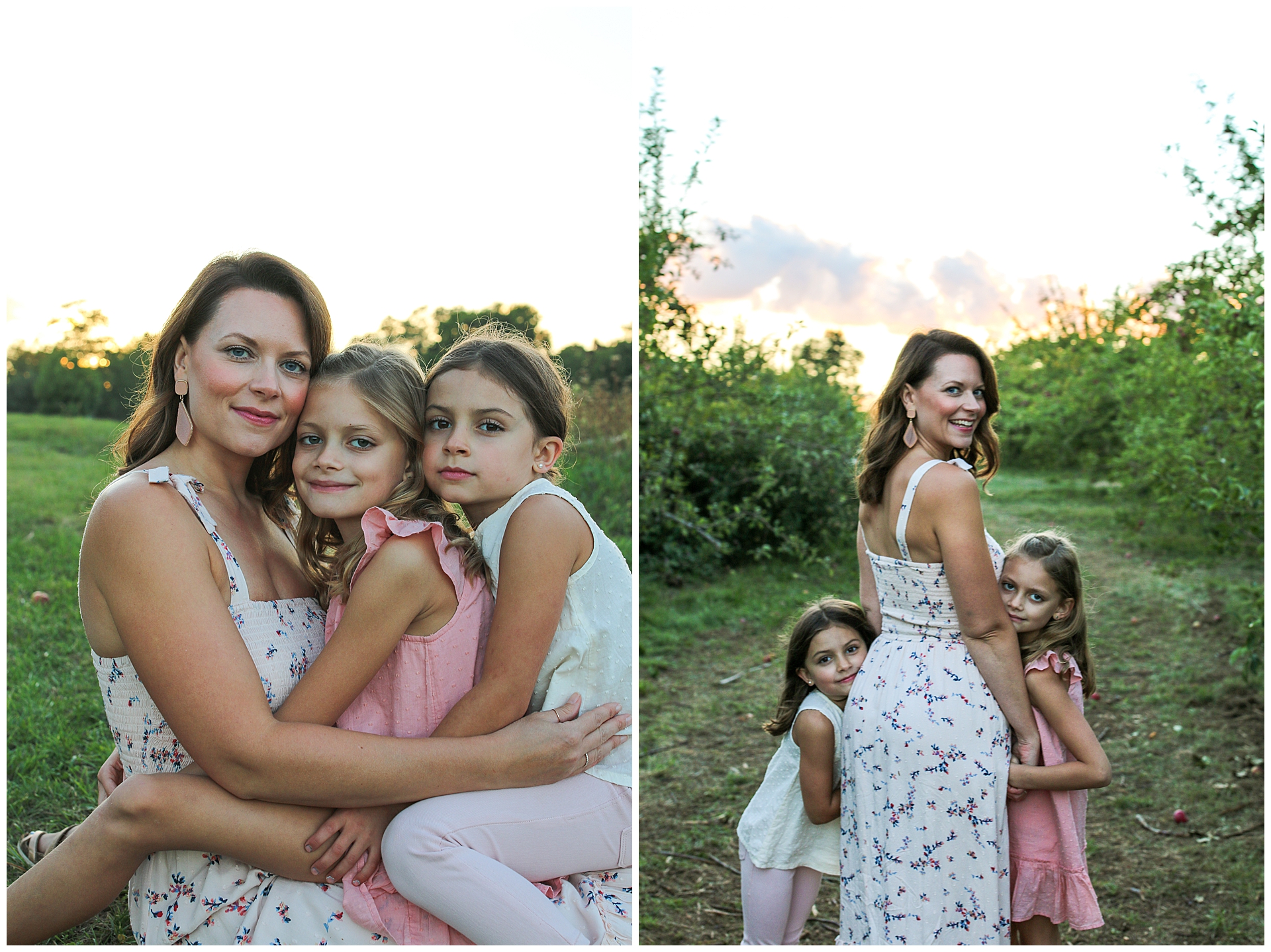 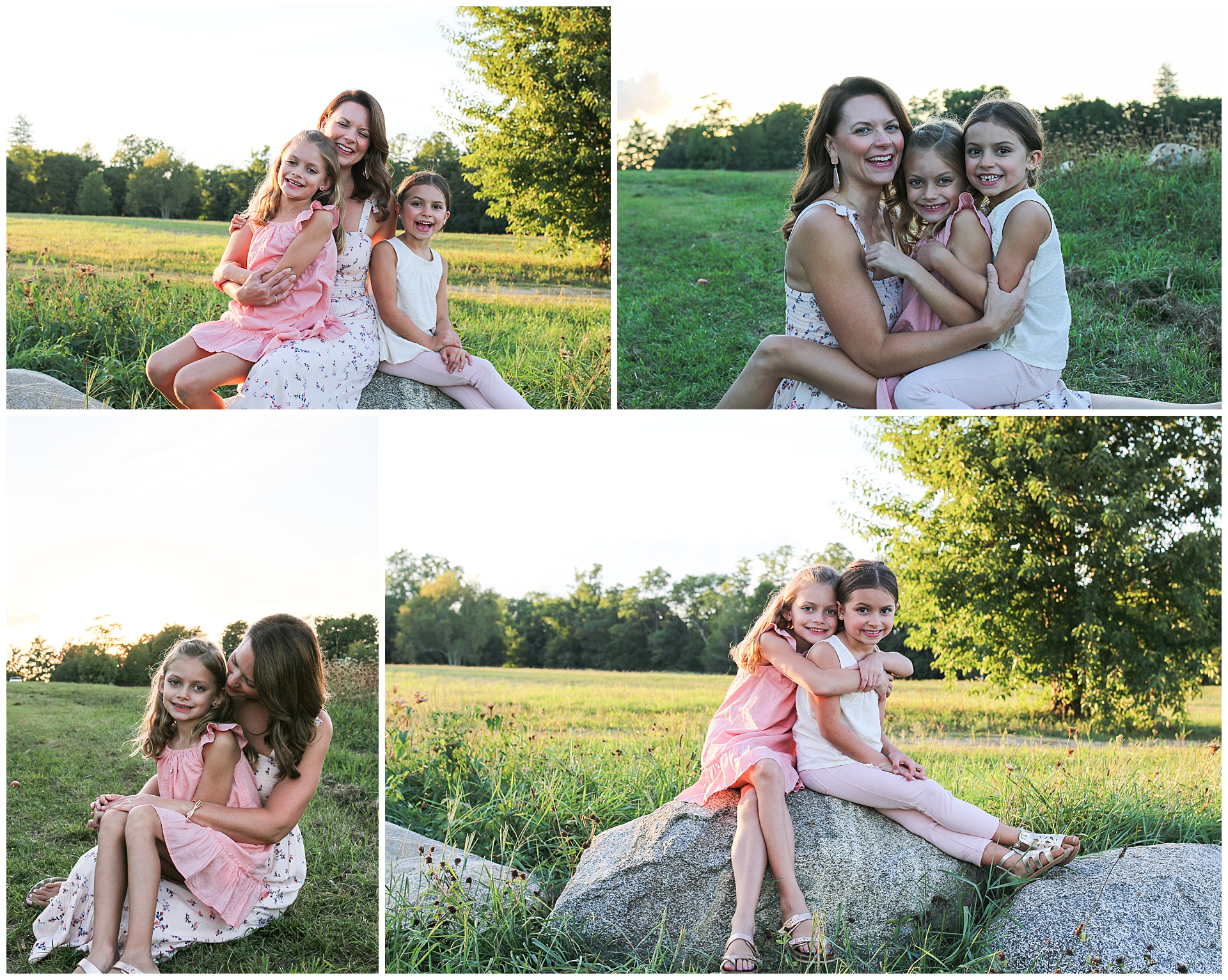 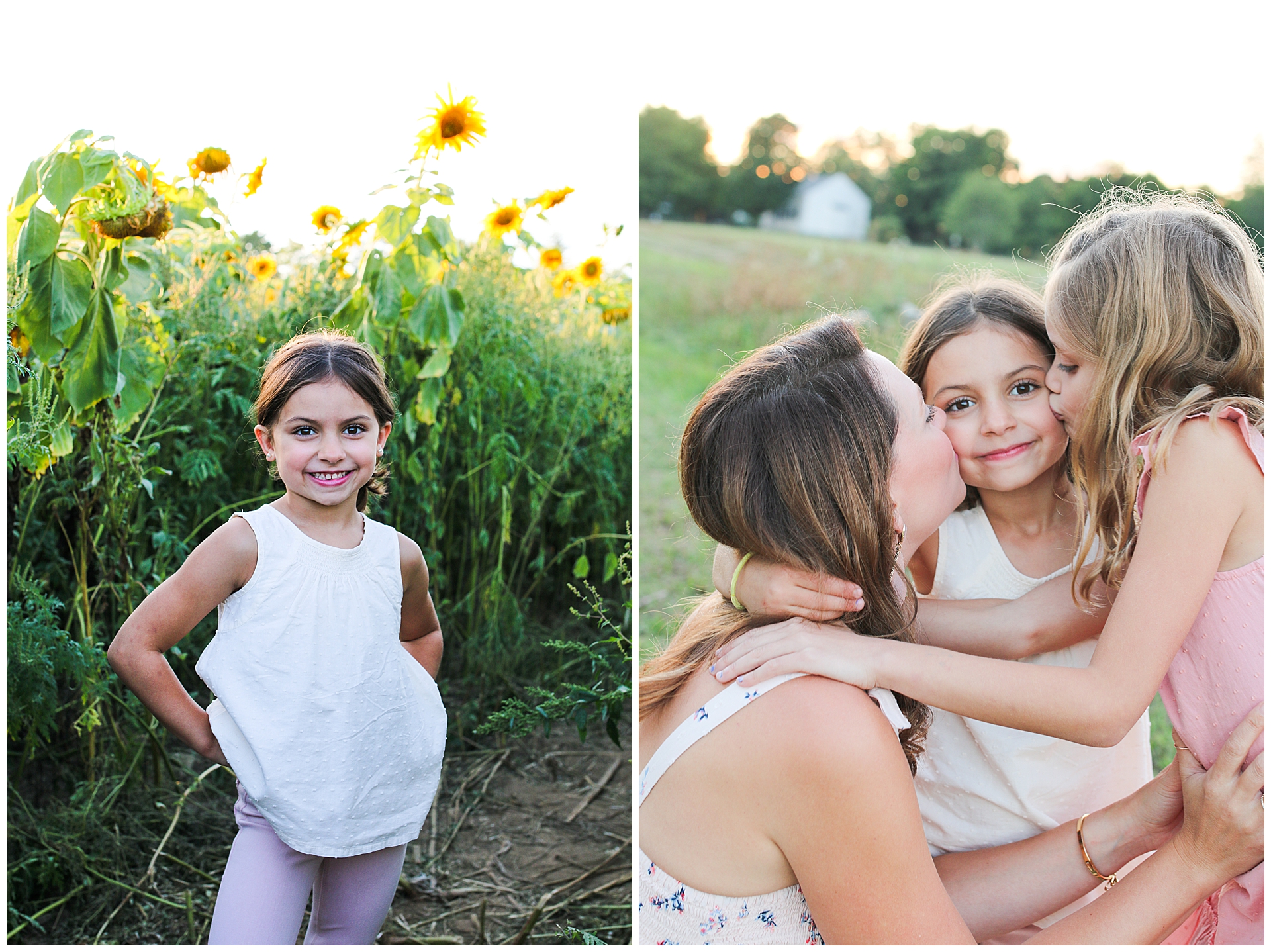 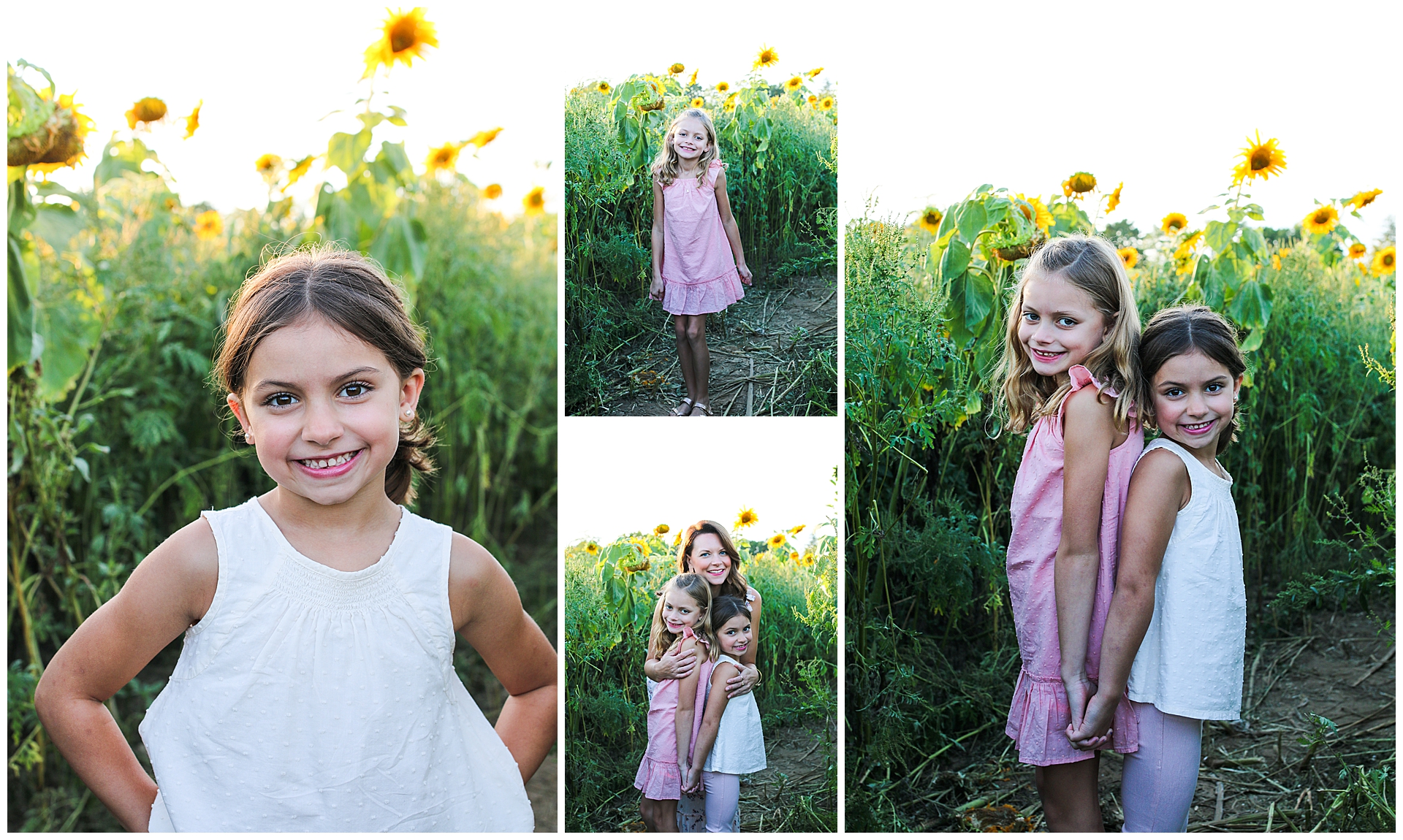 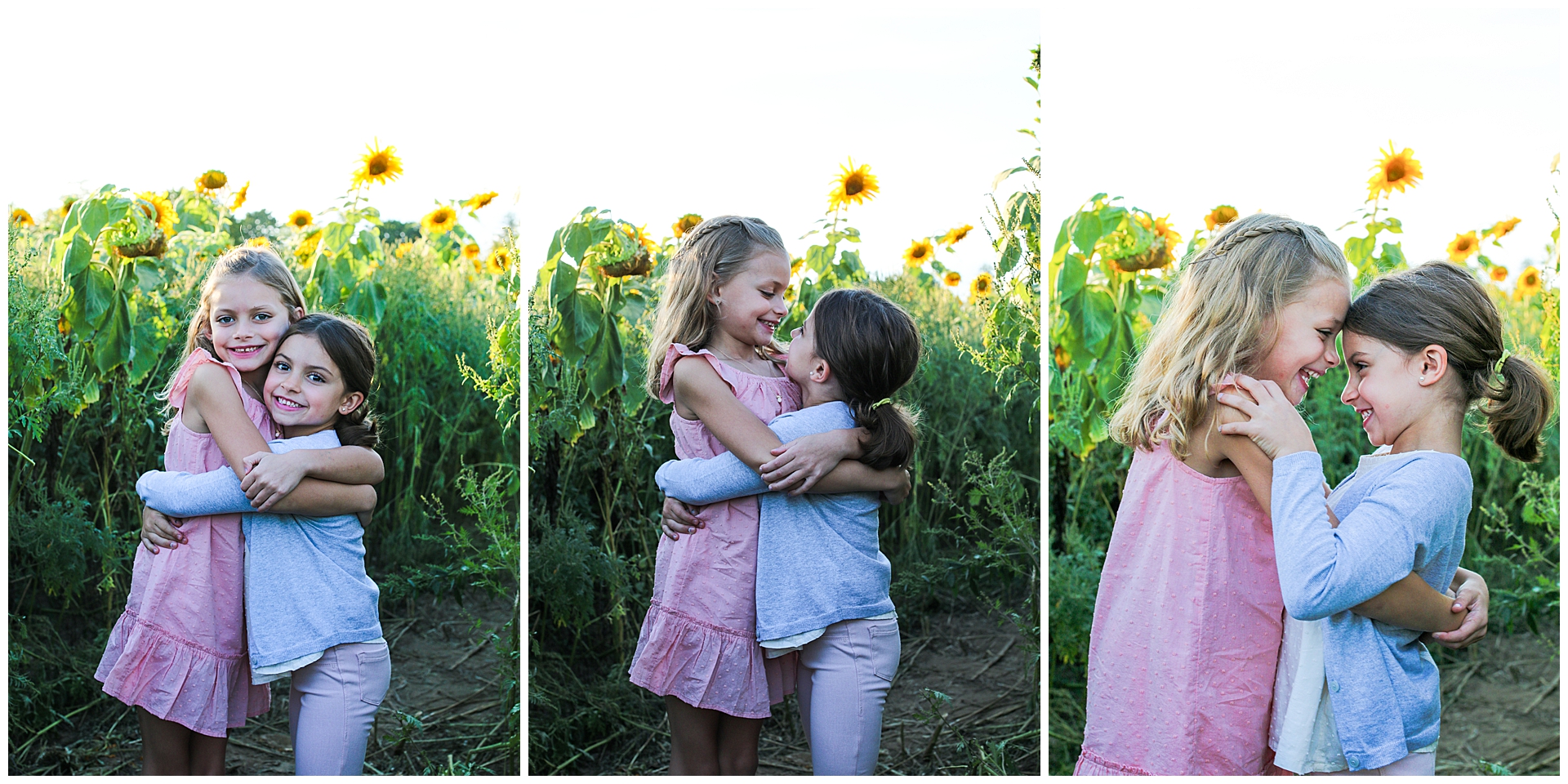 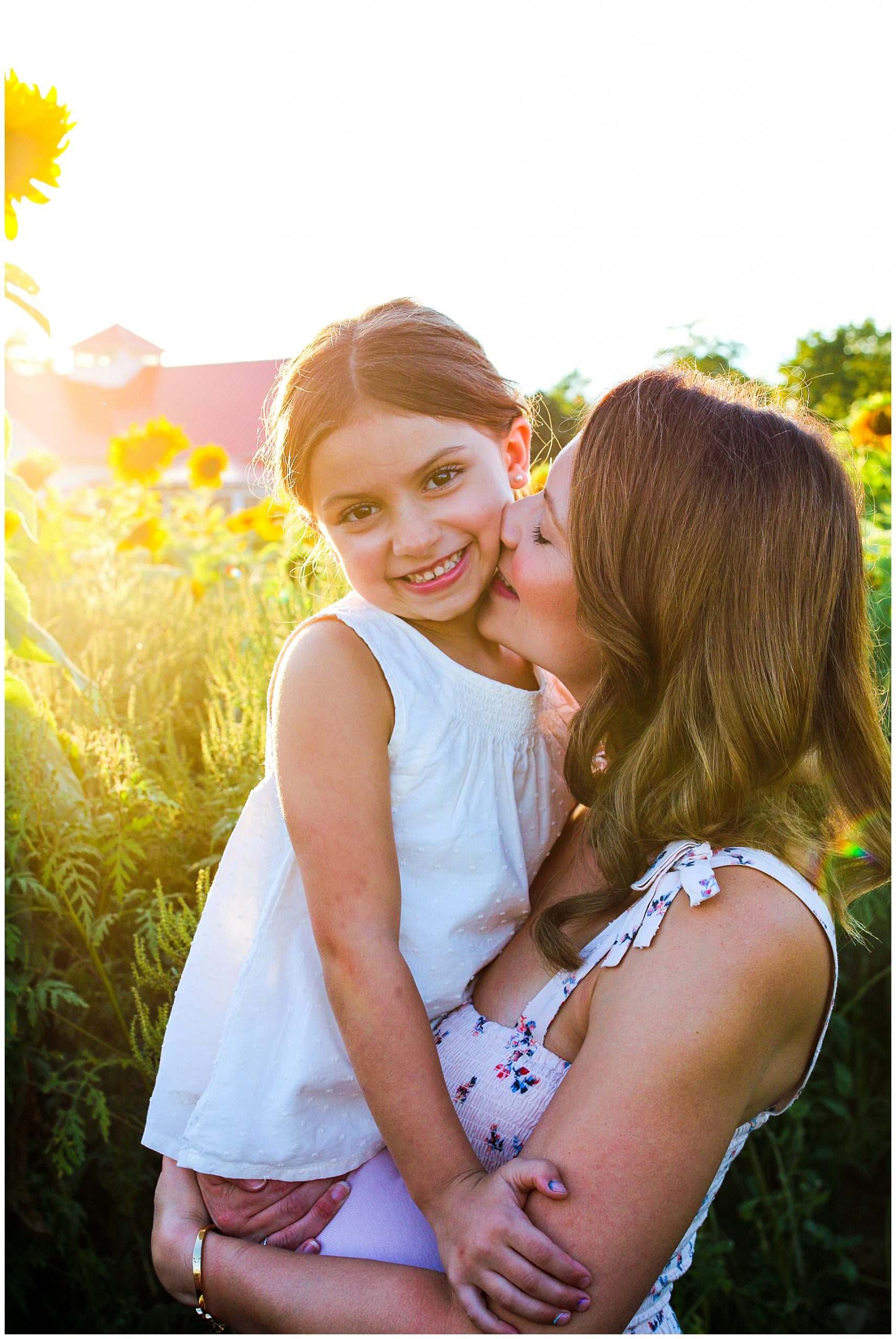 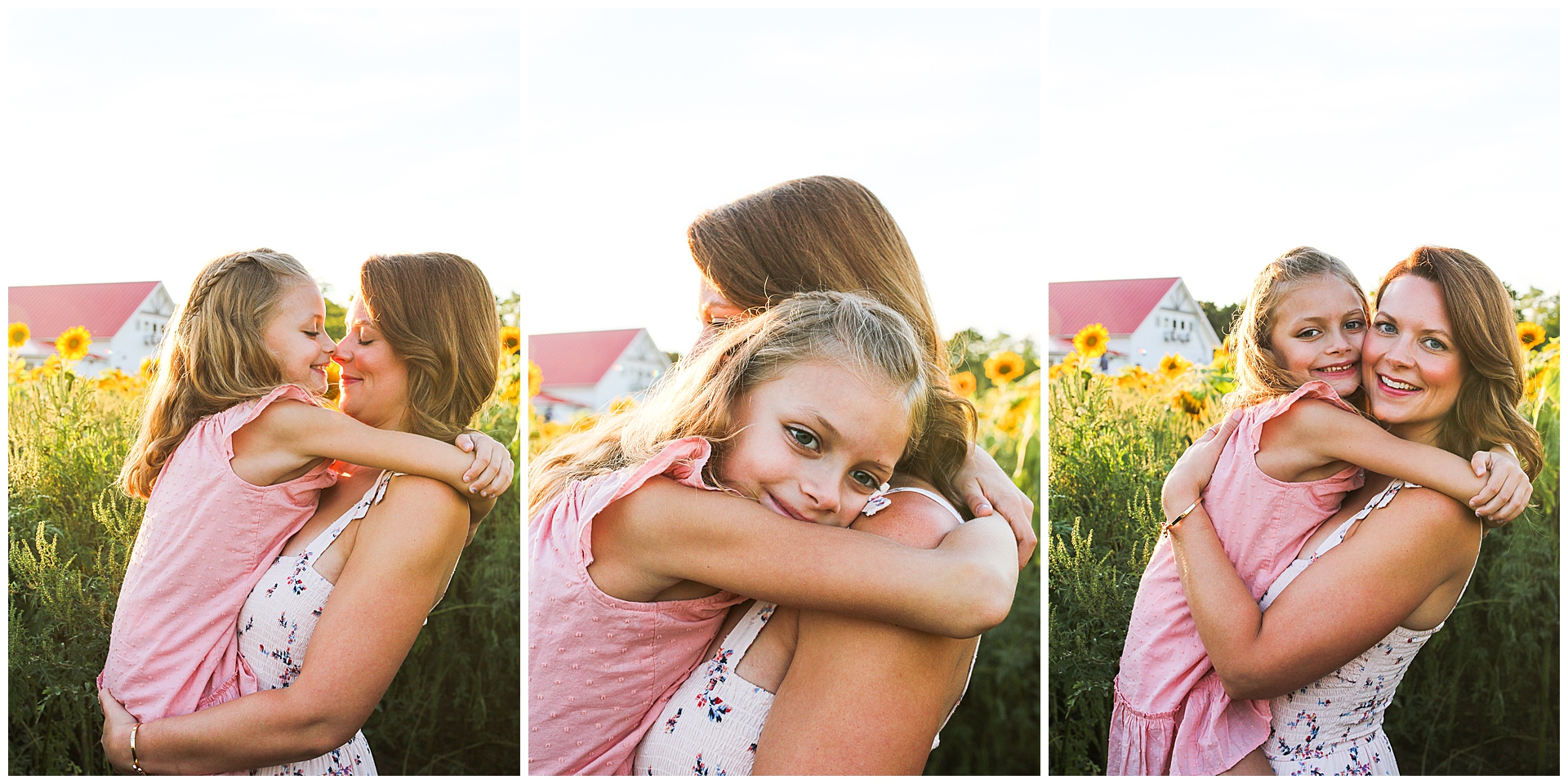 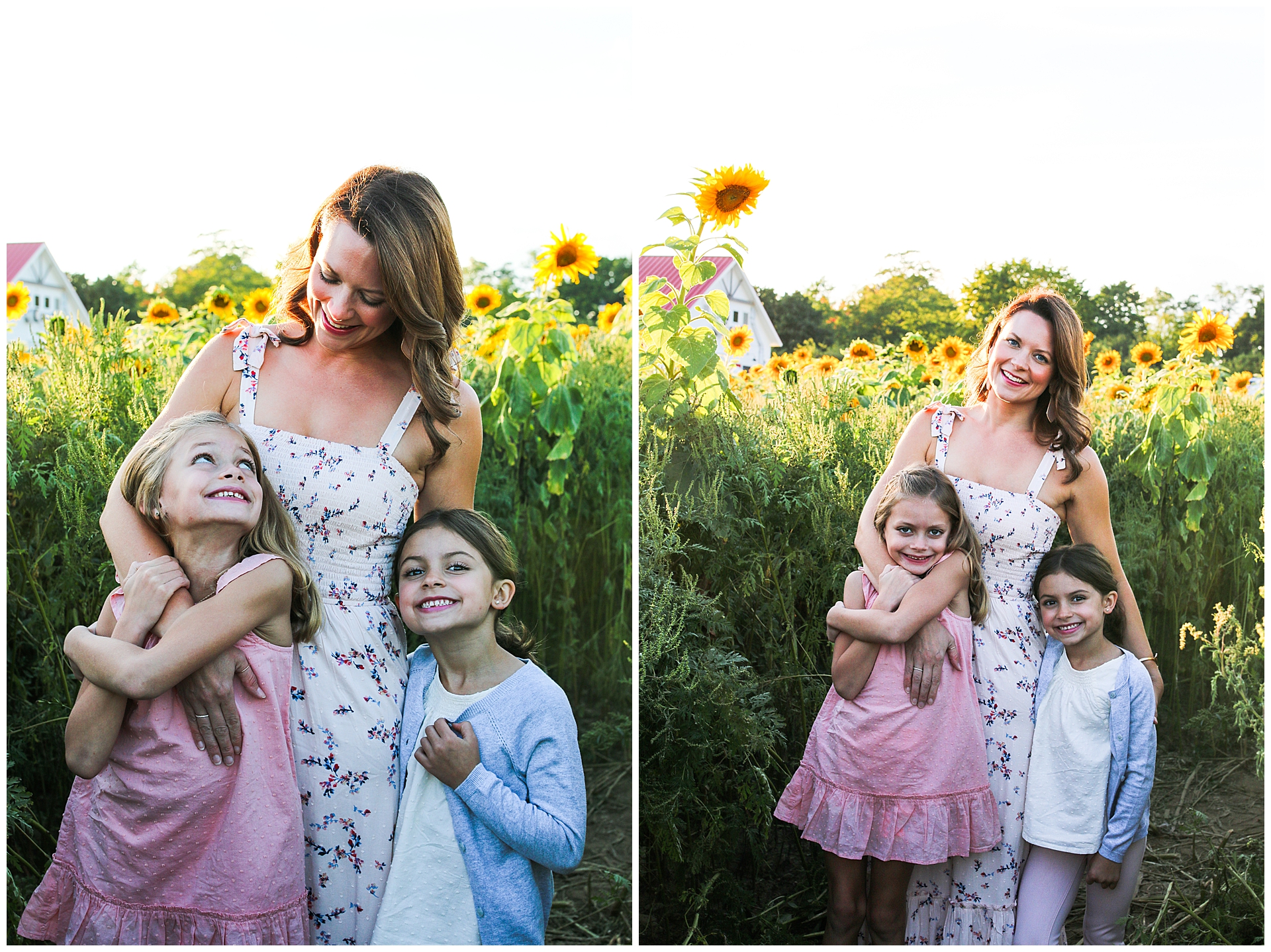 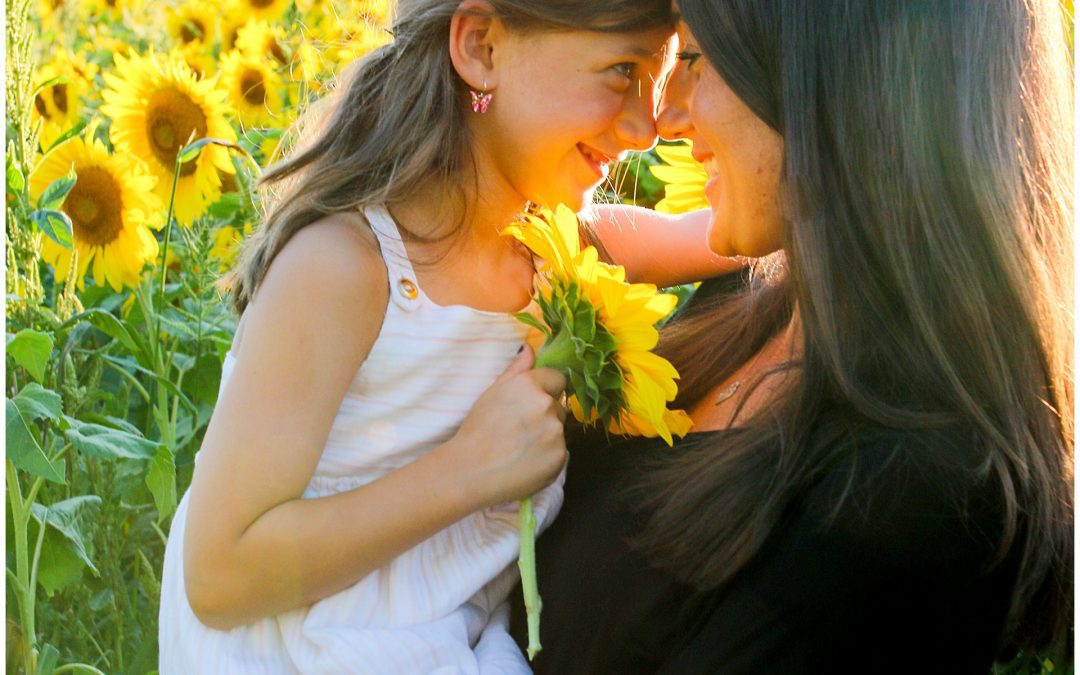 Mel + Nate are two of the most fun loving, hilarious, down to earth couples you’ll ever meet! I met Mel a few years ago when she was going through a lot of changes in her life, and we stayed friends via social media. I kid you not, every single thing she would post would literally make me laugh out loud! She is SO funny. I even told myself, Melissa, you can’t like everything she posts, she will think you are a weirdo! Ha! I keep telling her she needs a blog because my goodness she is just so raw and real, and I just think she’s so great. And she reached out again for pictures, so clearly she doesn’t think Im that weird… But in all seriousness, her and Nate have a beautiful blended family, with 3 kids, Audrey, Sawyer and Jackson, and the cutest little french bulldog named Patty Cakes. She seriously needs her own hashtag, she’s so stinkin cute! Anyway, here are a few fun pictures of when we met at Colby Farm in Newbury, MA to see the most breathtaking sunflower fields in all the land! 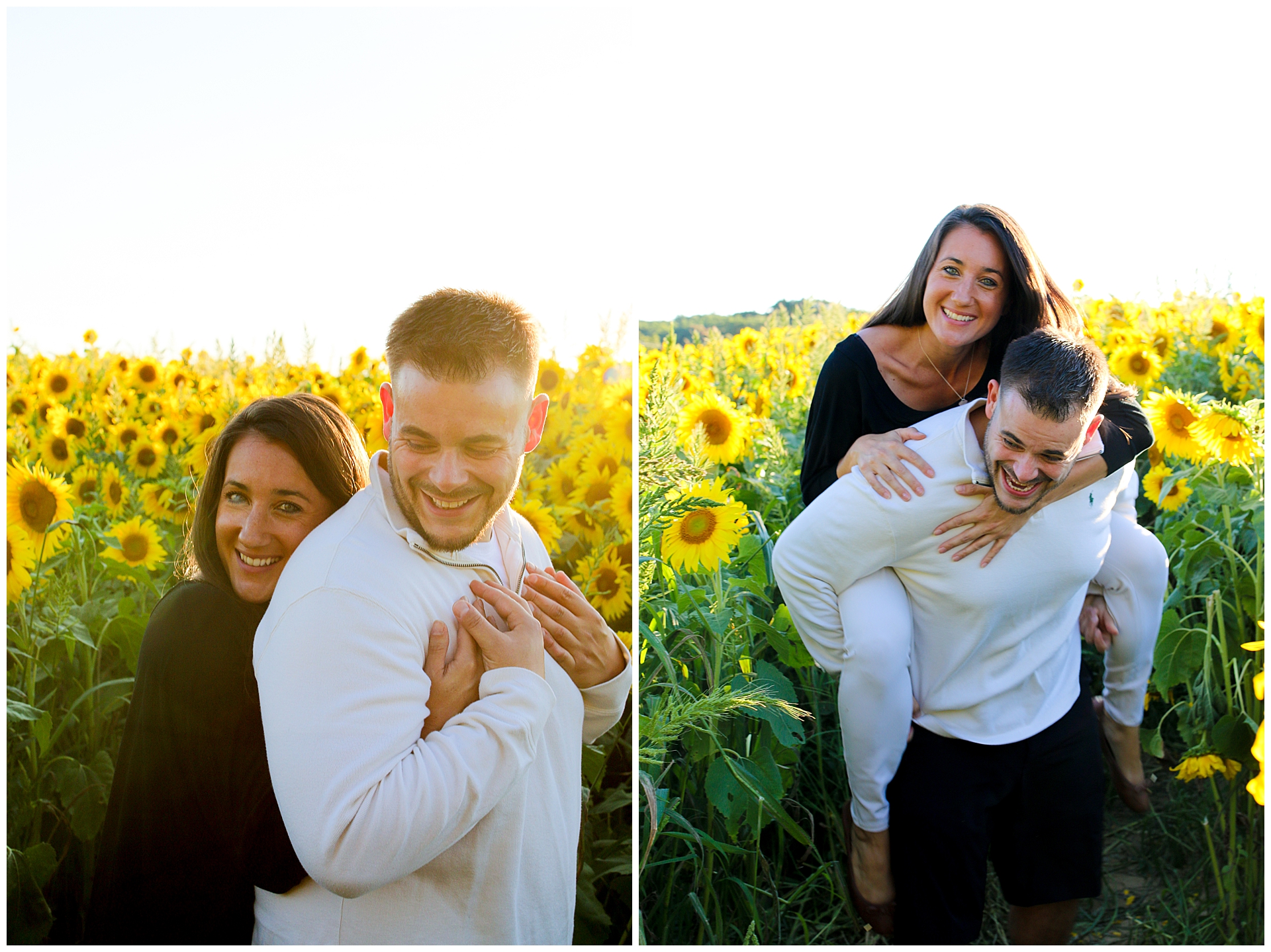 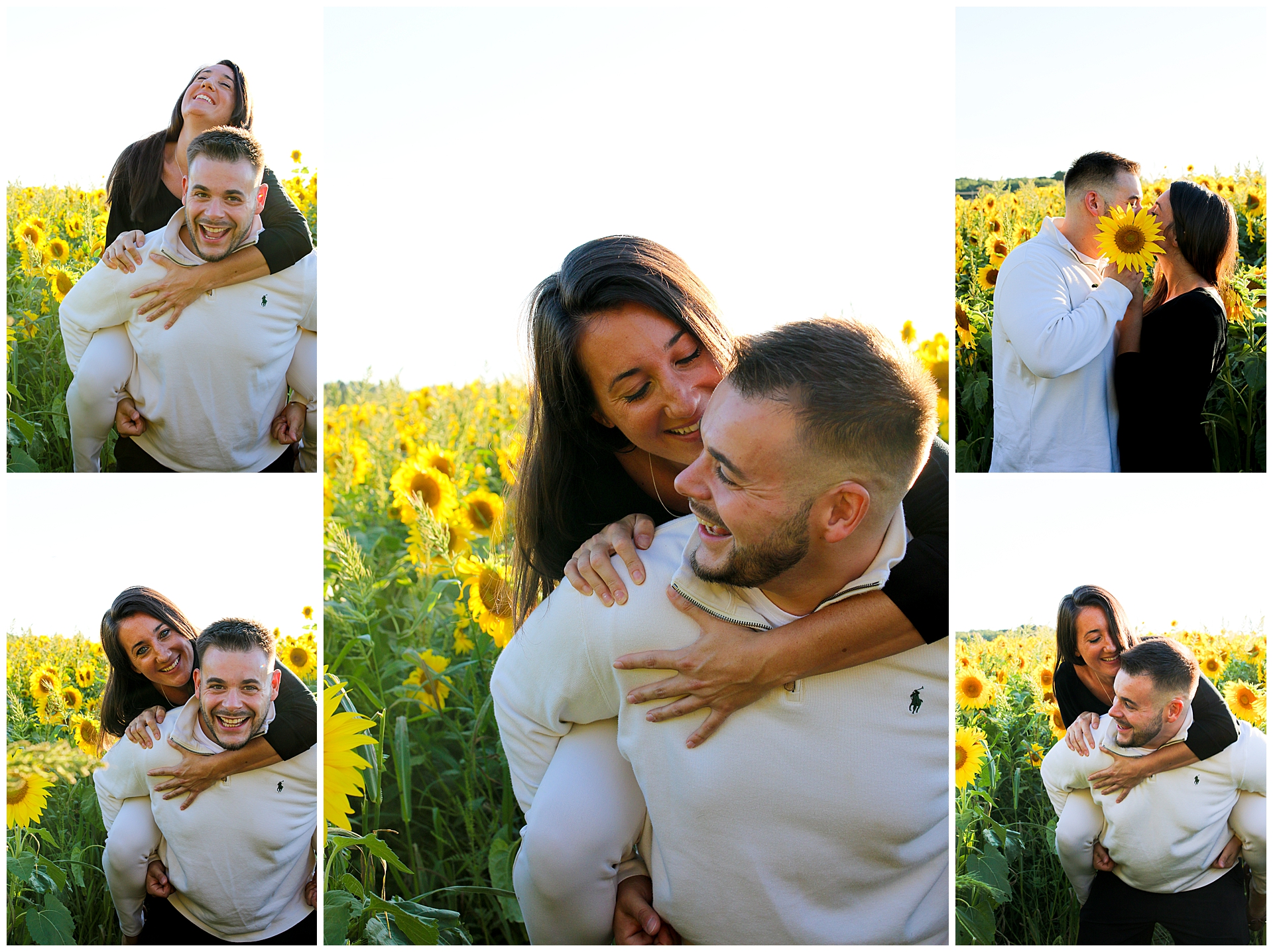 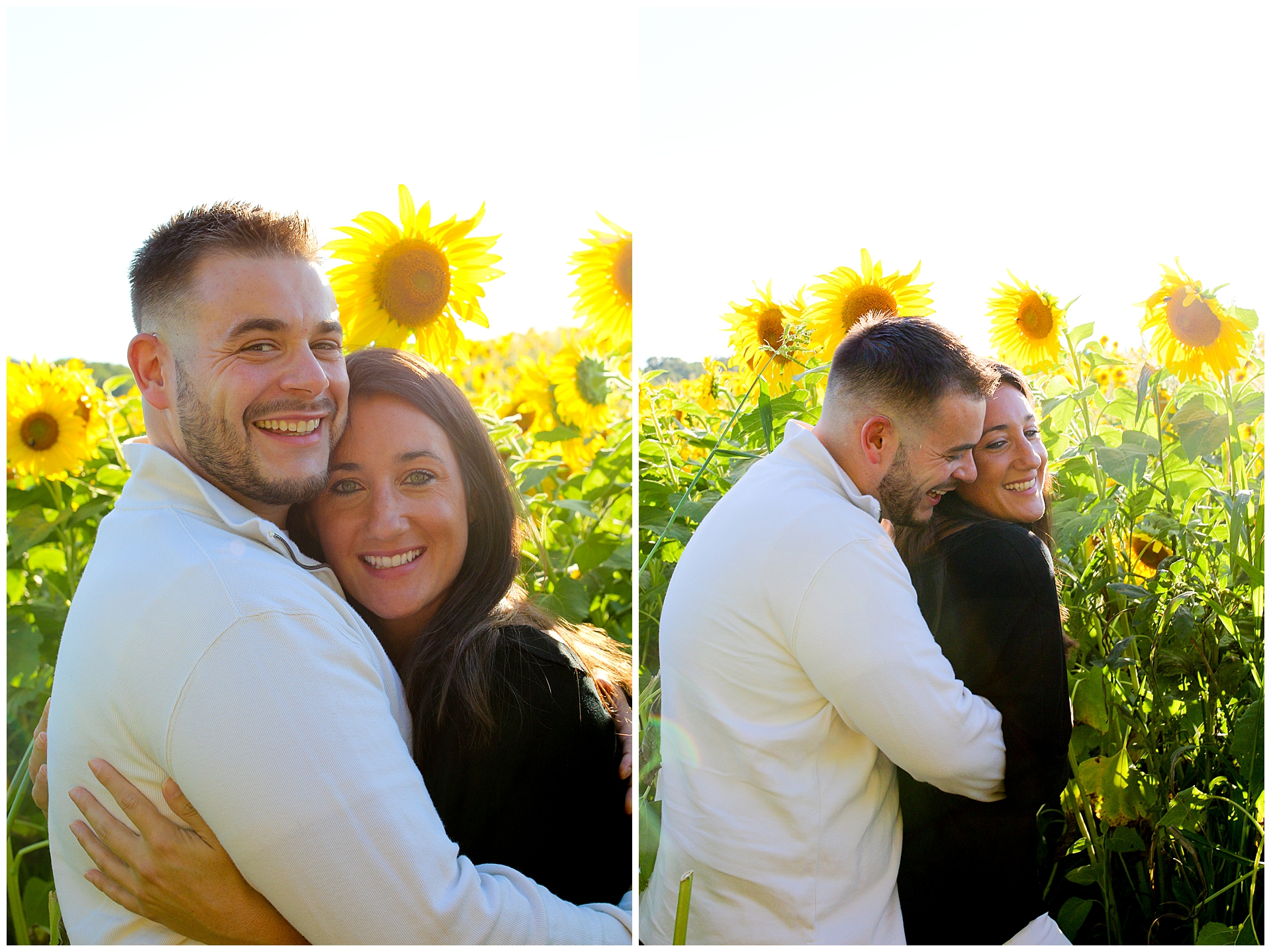 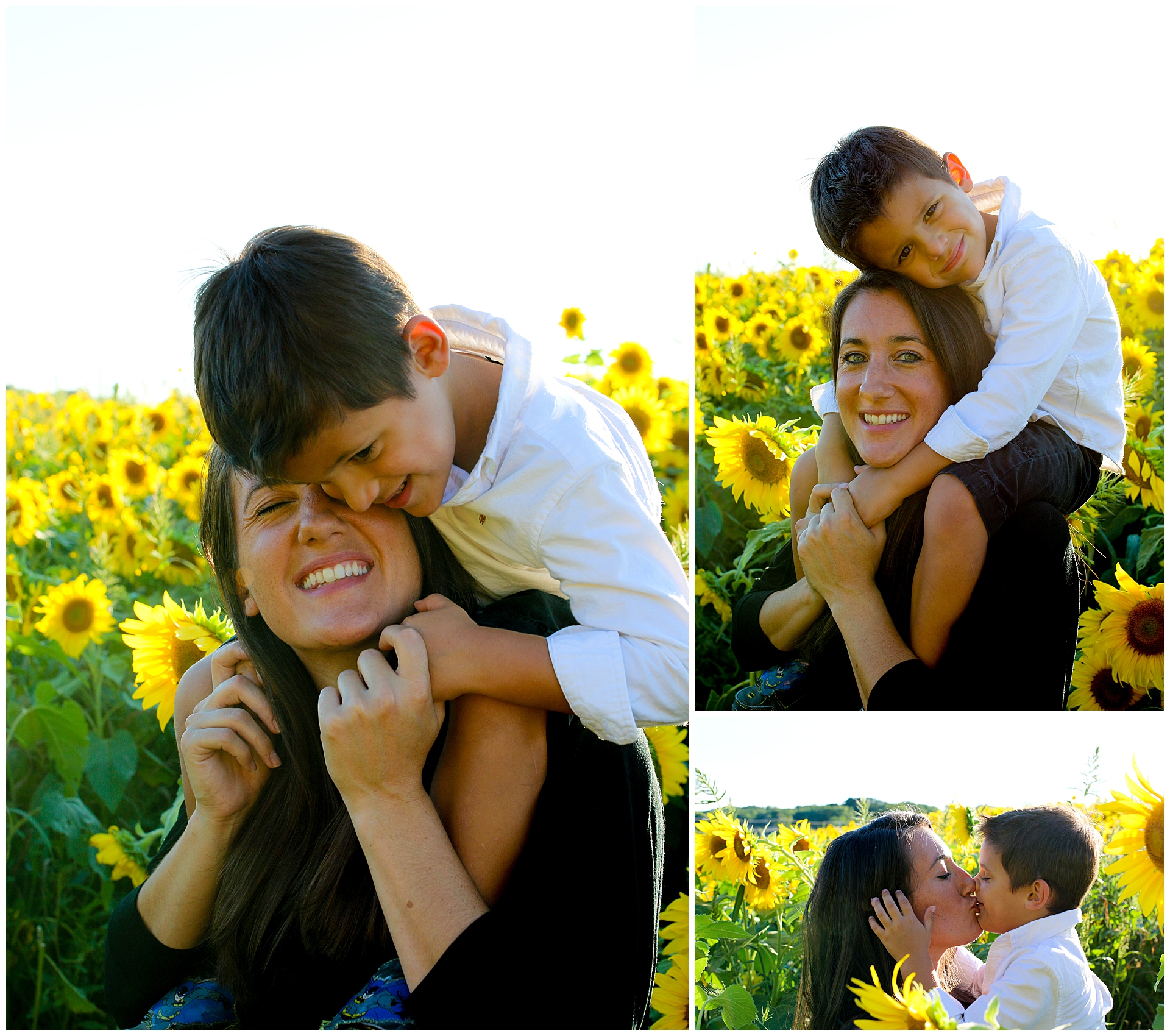 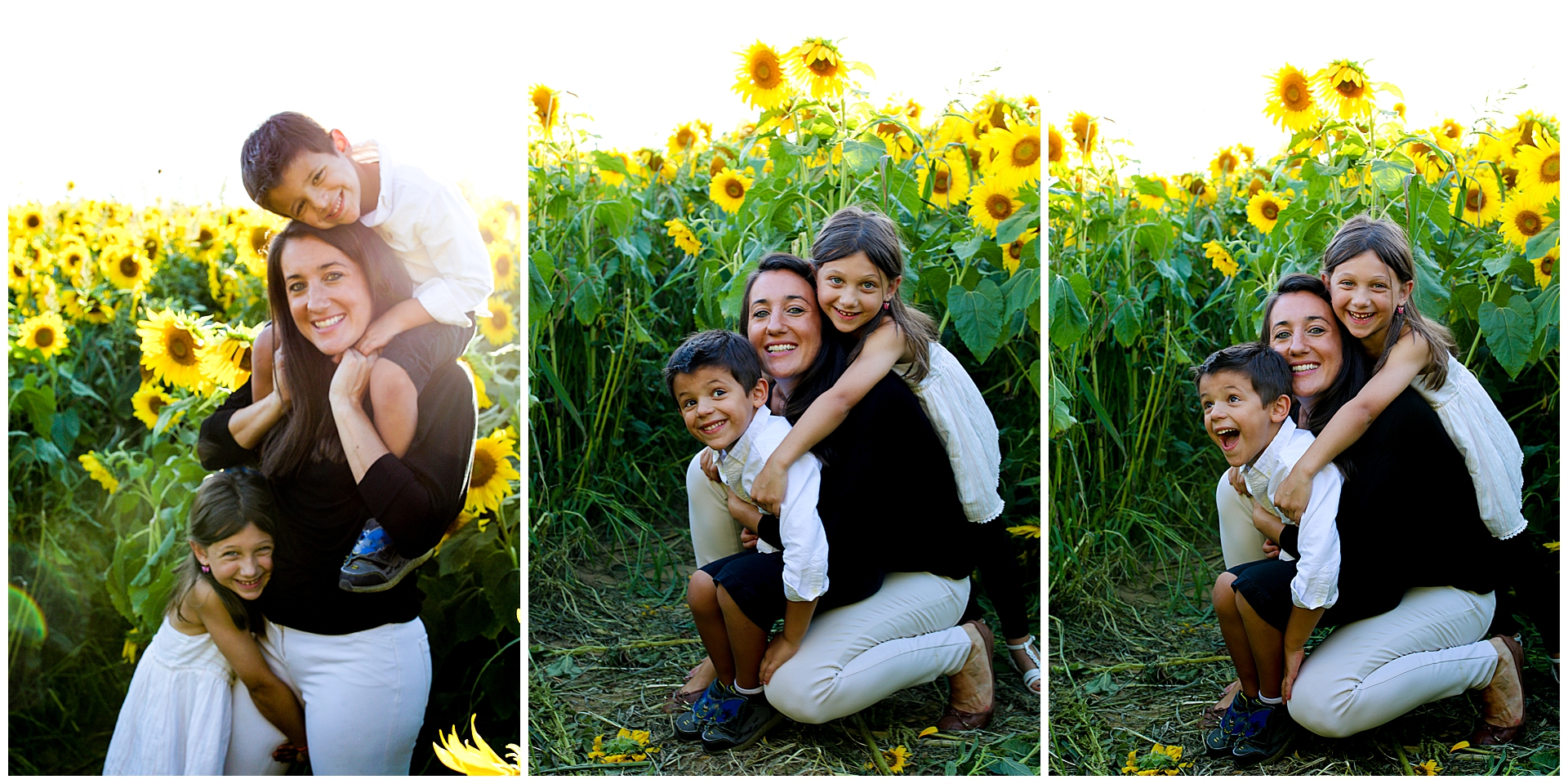 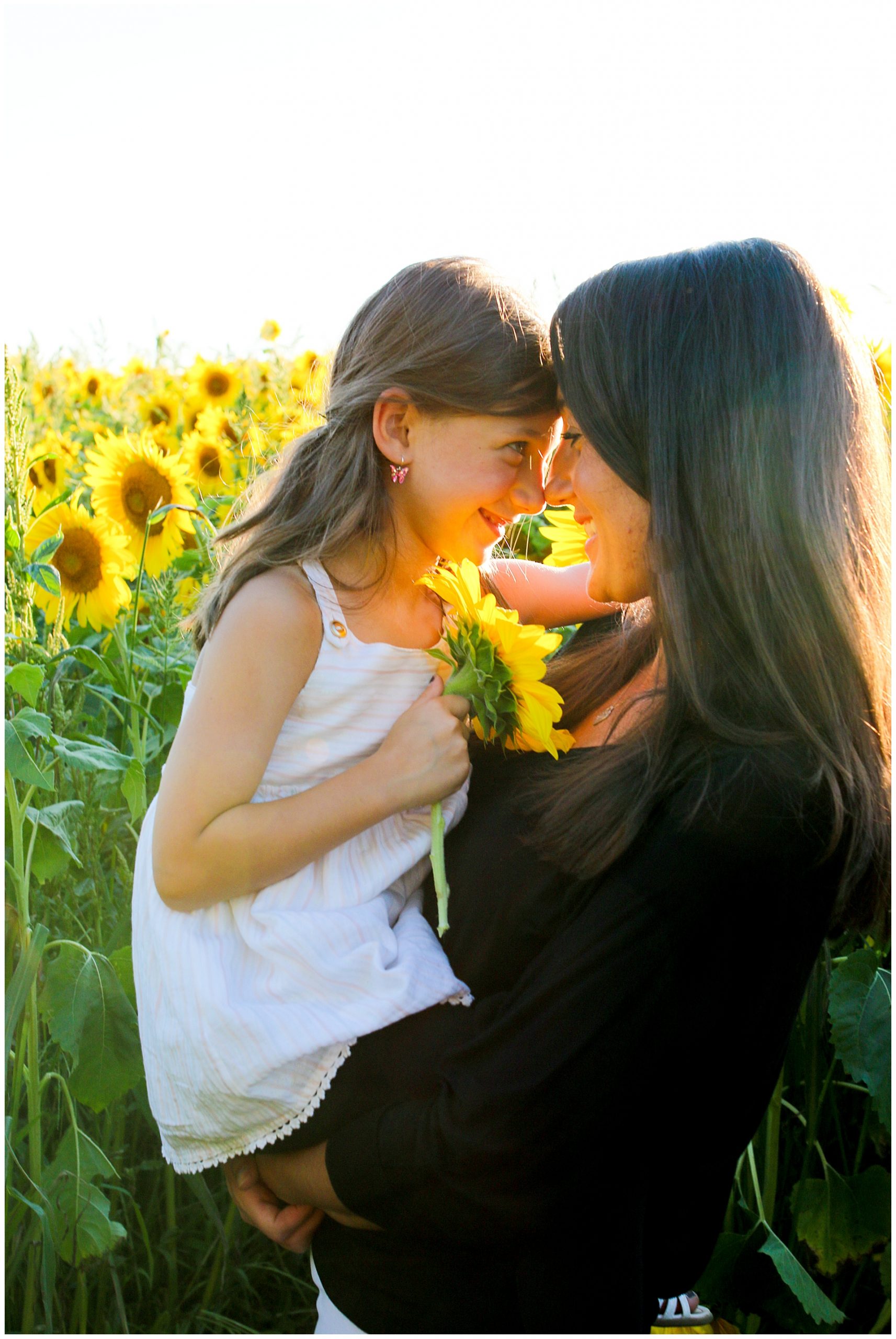 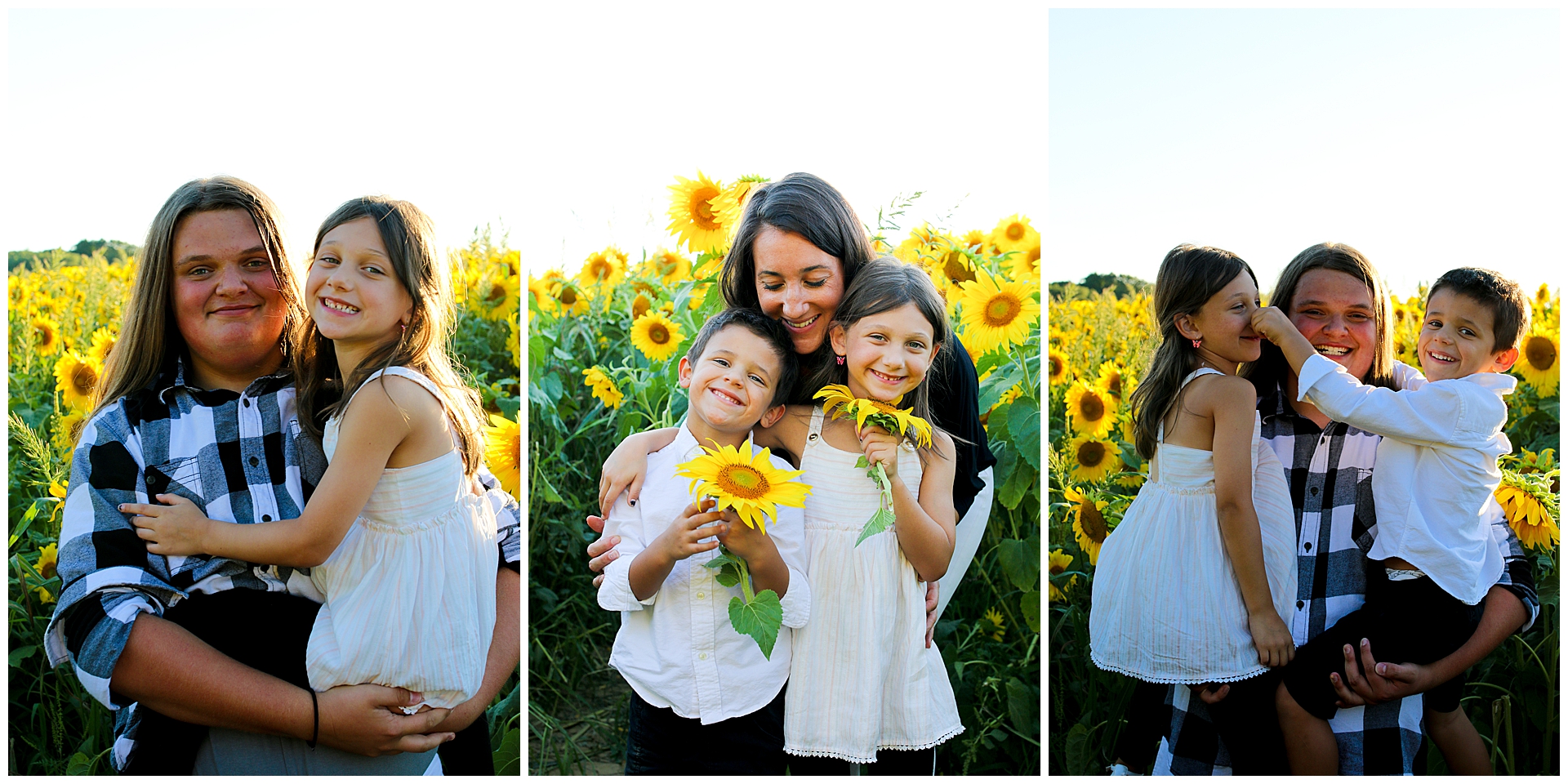 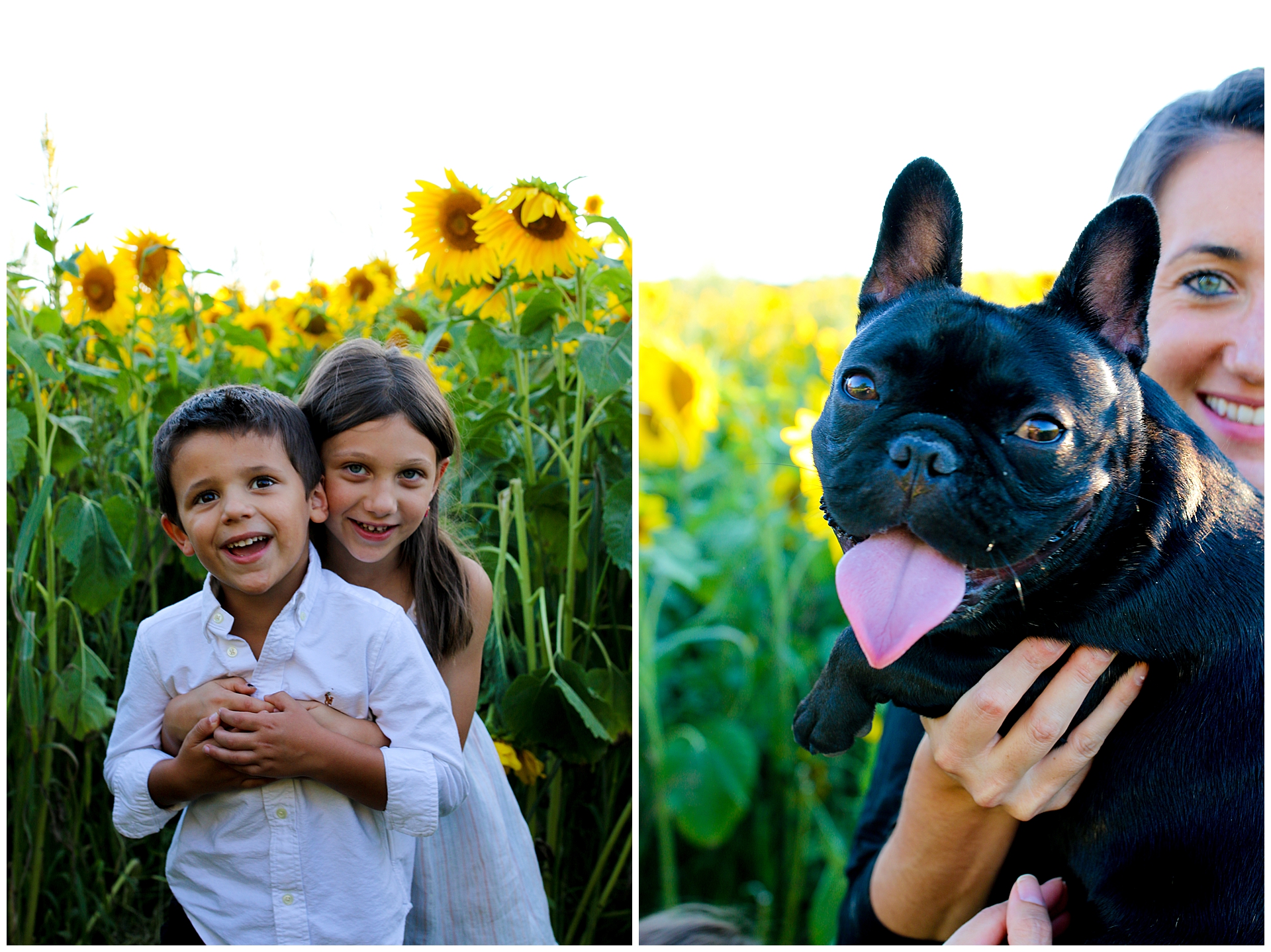 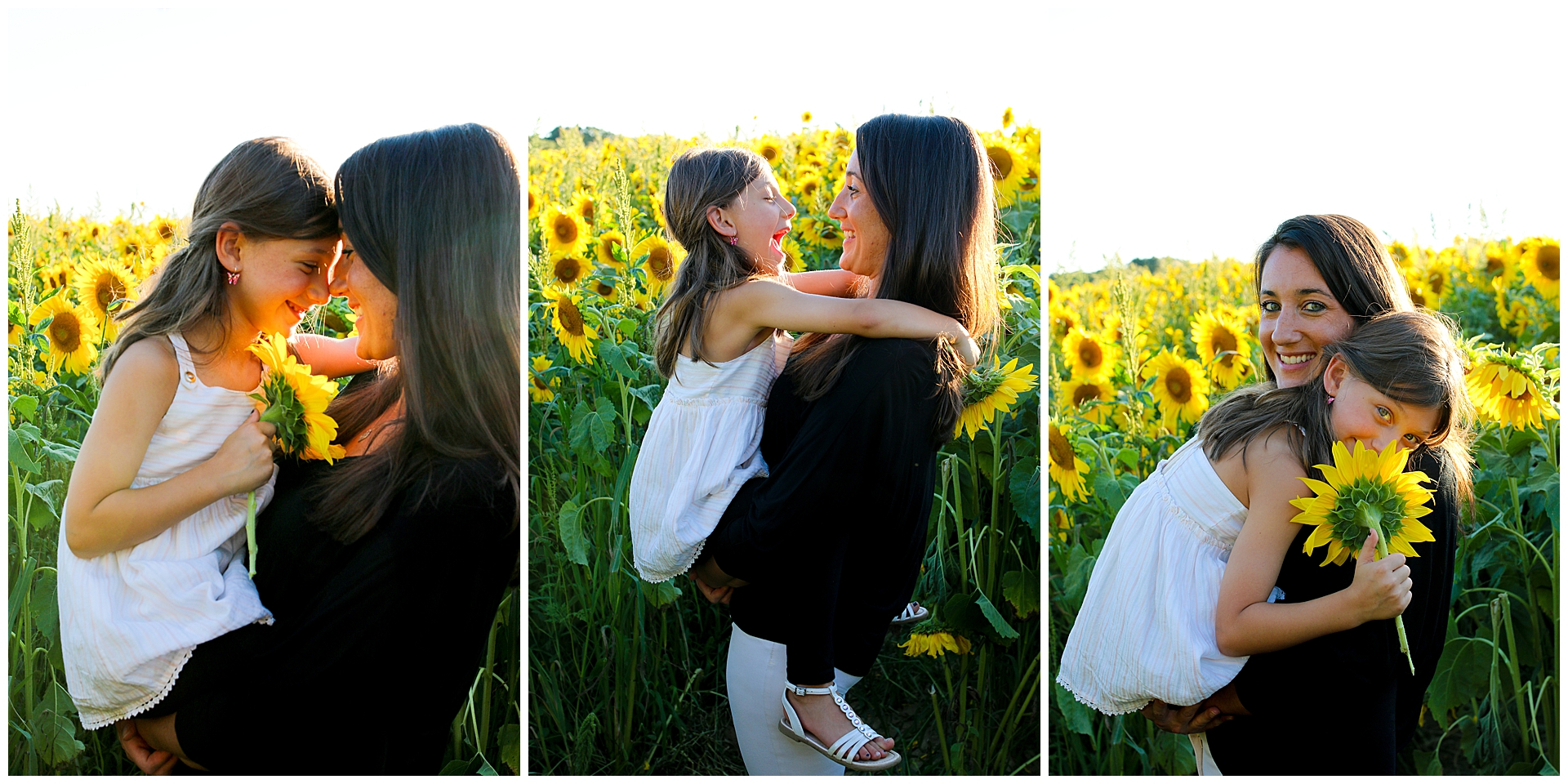 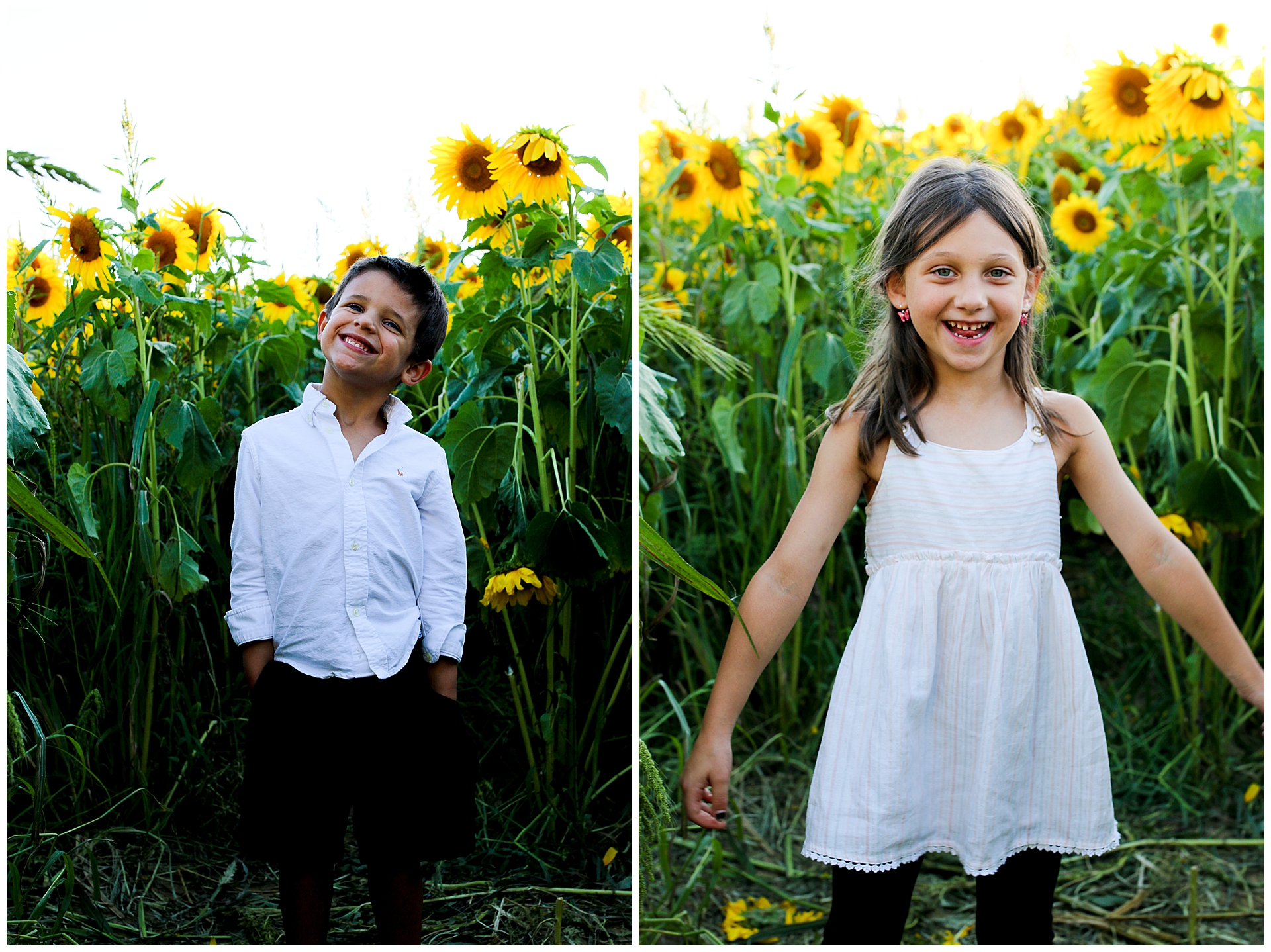 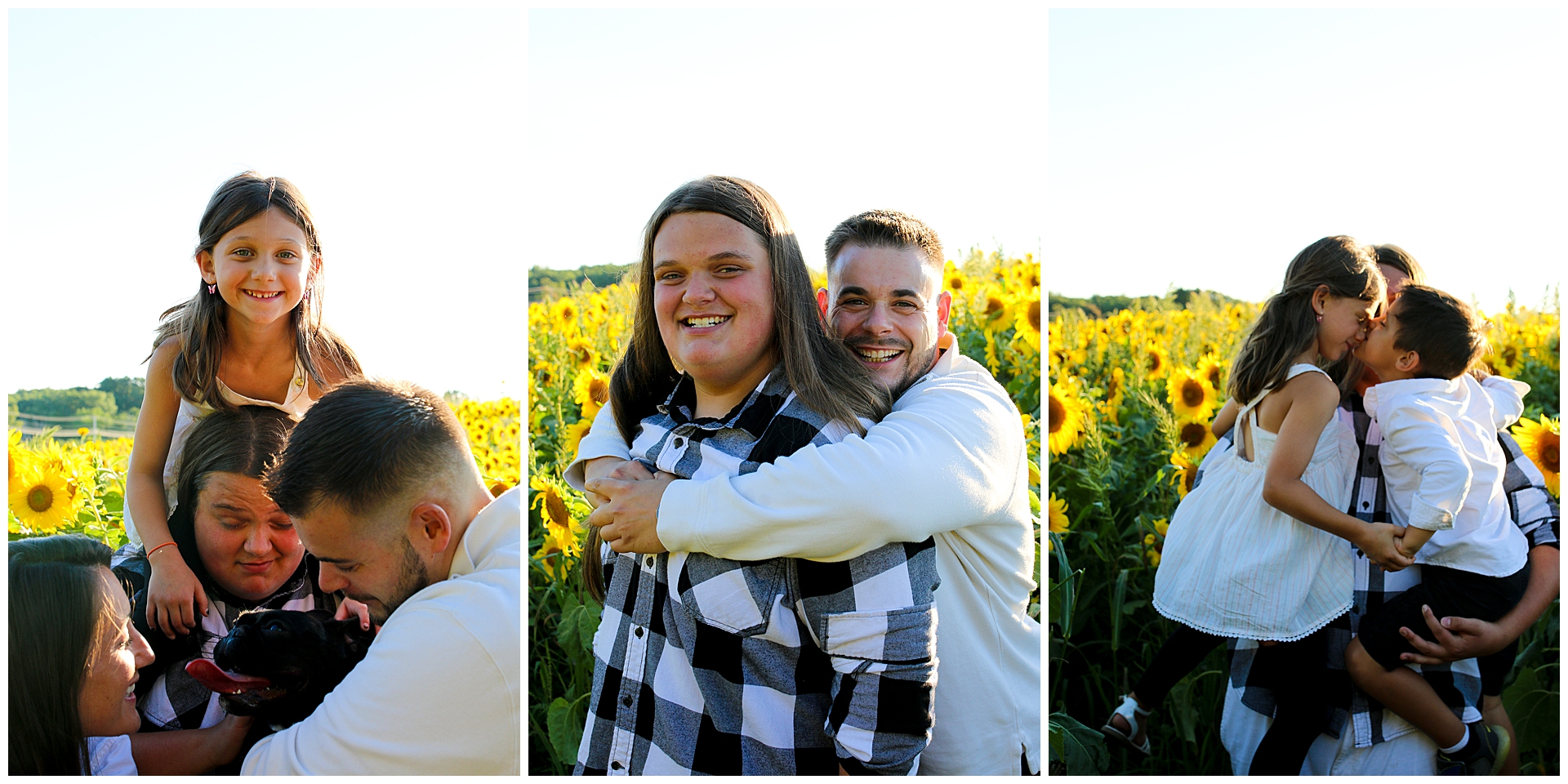